My year in the bustling and majestic city of Hong Kong has come to its end. It’s been a terrific time in a culture and society very different from ours and full of people from everywhere.

I chose three places for my exchange studies, Hong Kong, Vancouver, and Minnesota, in that order. Going to Asia and Hong Kong instead of elsewhere was probably one of the more important decisions I’ve made. The mixture of Chinese and Western culture together with every other culture nearby really makes Hong Kong a special place. The funny thing is that I could have gone somewhere completely different if it hadn’t been for the fact that the office was closed that Friday when I was turning in my application. On my way back from the office I ran into a friend who told me about Hong Kong and the rest is history as they say… 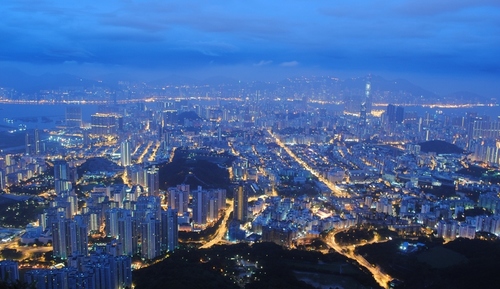 The First week in Hong Kong was beyond hot. When exciting the airplane we were greeted by a wall of air, hotter and thicker than I’ve ever experienced before. I remember it as being hit by a sledge hammer, and not without reason. Those final days in August turned into a record; Not in 20 years had August had so many days with 35C. After a few days, we adapted and learned from the more experienced people and everything became less of a hassle and more interesting. I should point out that the students who only came for the spring semester have no idea about the weather during the autumn, it was not similar at all. 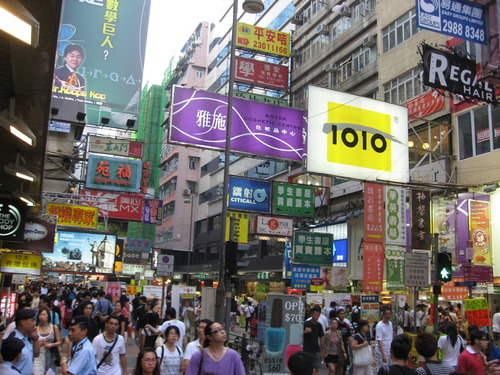 Macau, Thailand, and Shanghai were the targets during the period up until the first half of the semester and they made for a flying start in Asia. One thing that really stands out from the first semester is the Epic Halloween party. We had almost every exchange student attending, some in the most absurd and funny outfits, and it really was memorable, for many reasons. 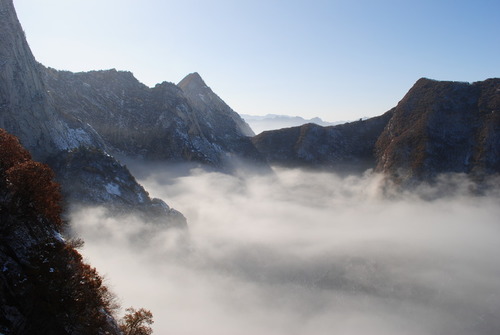 The midterms made it very clear that UG-classes are easy and PG-classes much harder, to put it bluntly. There’s also more focus on memorizing things compared to Sweden. The last trip during the first semester was to Xi’an with its underground terracotta army and a mountain that impressed all of us.

Over Christmas I visited Sweden and then I continued to USA for 3 weeks, missing the first week in Hong Kong. It was a welcome break in the Asian diet I had for four months. 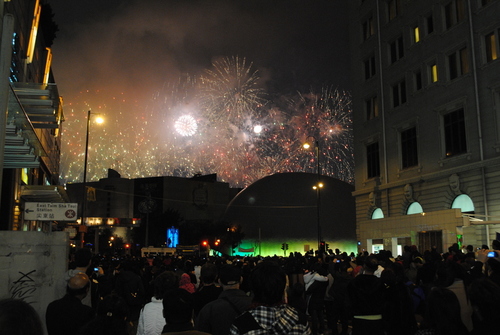 The second semester was very different from the first in several ways. First and foremost, it felt like we ought to take our studies a little more seriously. This wasn’t that hard since the courses were more fun and I did a research project for one of the professors where I spent most of the effective study time. Furthermore, the weather wasn’t quite up to the standards of the autumn. Where the autumn virtually had sunshine and temperatures that permitted shorts even into December, spring was characterized by moist, clouds, and a lack of sunshine for months in a row. It was warm, sticky and grey.

Over easter we visited Korea which had a very homogeneous people. Mixing of races is frowned upon in Korea and the Koreans had a very distinct look. The girls who accompanied us from Hong Kong were mistaken for Koreans and some from the older population didn’t quite like that they hung out with two clearly western guys. Korea is famous for its food and in particular kimchi which we had lots of and Korean barbecue of course. It was an interesting country indeed. We just missed the flower festival though, the weather had been bad enough for the flowers to blossom a week later than usual. 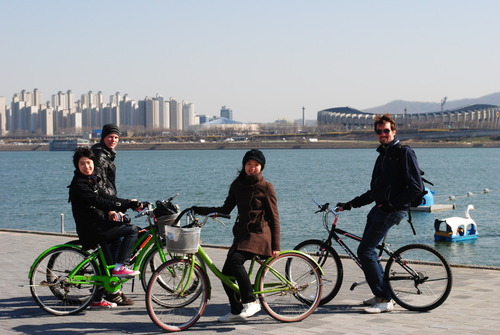 The last month in Hong Kong consisted of taking in the last impressions, doing the things that still were undone and consuming as much good food in general and sushi in particular while slowly saying good bye to the most astonishing city I’ve seen. The last night we hiked in the dark for 1.3h to reach Lions Peak where we had the most grand view of Hong Kong. Surrounded by skyscrapers glowing in the dark to the south, west, and north, it was a fantastic ending of my stay in this huge but compact city.